Dear Sir/Madam,
Planning Application Reference: F/19/86707 – Southampton Airport Runway Extension
The Alderney Chamber of Commerce strongly supports the above application and believes the proposed
runway extension is essential to attract and retain aviation operators that will ensure Southampton
survives. This will provide both a sustainable and expanding economy for Eastleigh, Southampton,
Channel Islands including Bailiwick of Guernsey which includes Alderney.

Chamber has just concluded a survey to its members and community alike in contribution towards this
planning application. The response has been overwhelmingly in support of a runway extension with
99.8% in agreement with only one respondent against. We have received 366 individual testimonials
with contact details supplied.

This is a lifeline route for 165,000 residents of the Channel Islands who use It for business, tourism,
pleasure and, most importantly, to obtain critical medical services at Southampton General Hospital.
If we were to lose this link, we believe the impact would be catastrophic for all walks of life in Alderney.
While Covid-19 has had an obvious short-term Impact, this Is temporary because the majority of our air
passengers use Southampton to reach the UK. In addition to residents, it is critical for second home
owners and for tourism, both of which support Alderney’s largest source of employment. These
travellers provide valuable economy for Eastleigh and Southampton in the form of hospitality, retail and
travel.

The close proximity of the site to major rail and road connections arguably make it one of the best
placed airports in the UK for onward European and regional connectivity. We believe an extension to
the runway is critical in retaining and attracting operators who could optimise the services and support
the airport’s future and regenerate economic growth.

Planning Application Reference: F/1.9/86707 – Southampton Airport Runway Extension
If Southampton Airport were unable to secure the runway extension, it would continue to limit future
operators and the airport Is unlikely to survive. We believe this would be detrimental to Eastleigh,
Southampton and Hampshire. Without passenger footfall. the nature of local commerce, physical
infrastructure and skill set will change considerably and that could result in local long-term employment;
possibly forcing relocation.

In conclusion, Southampton Airport is a jewel in the crown considered by many to be one of the leading
airports within the UK. It’s ambience, connectivity, facilities and support network are leading edge. If
you allow the runway extension to proceed, you will be seen to support the survival of the airport
providing long term employment. Supporting growth generation and prosperity for your district.
Important connectivity with the Channel Islands would be retained.

We would respectfully ask that this application F/19/86707 be supported and approved.
Yours faithfully
On behalf of Alderney Chamber of Commerce

Attached (and below): The collective summary is attached. The full survey PDF file containing 366 individual
responses and testimonials with permissions and contact details will be attached to your planning
portal. 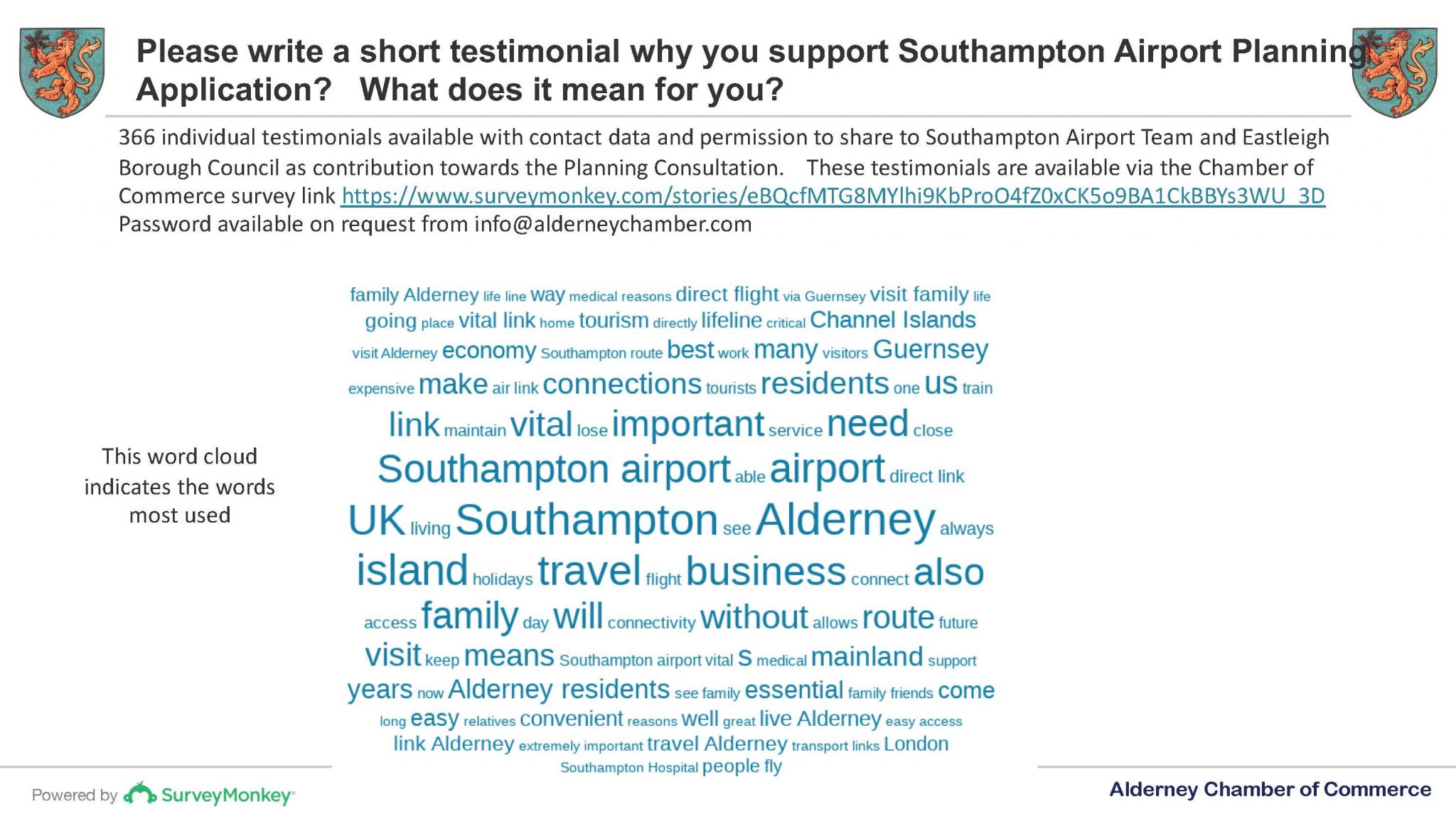 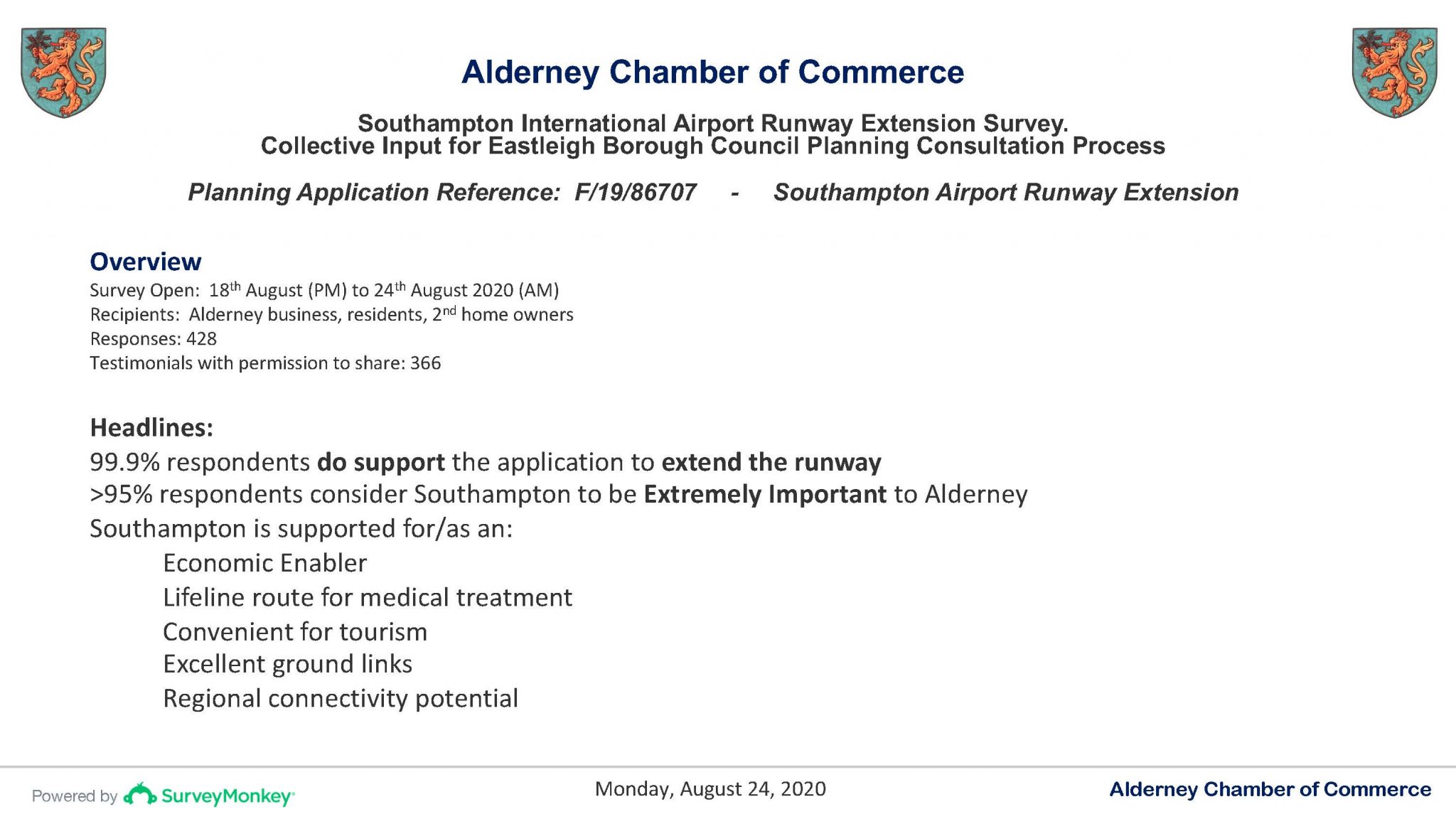 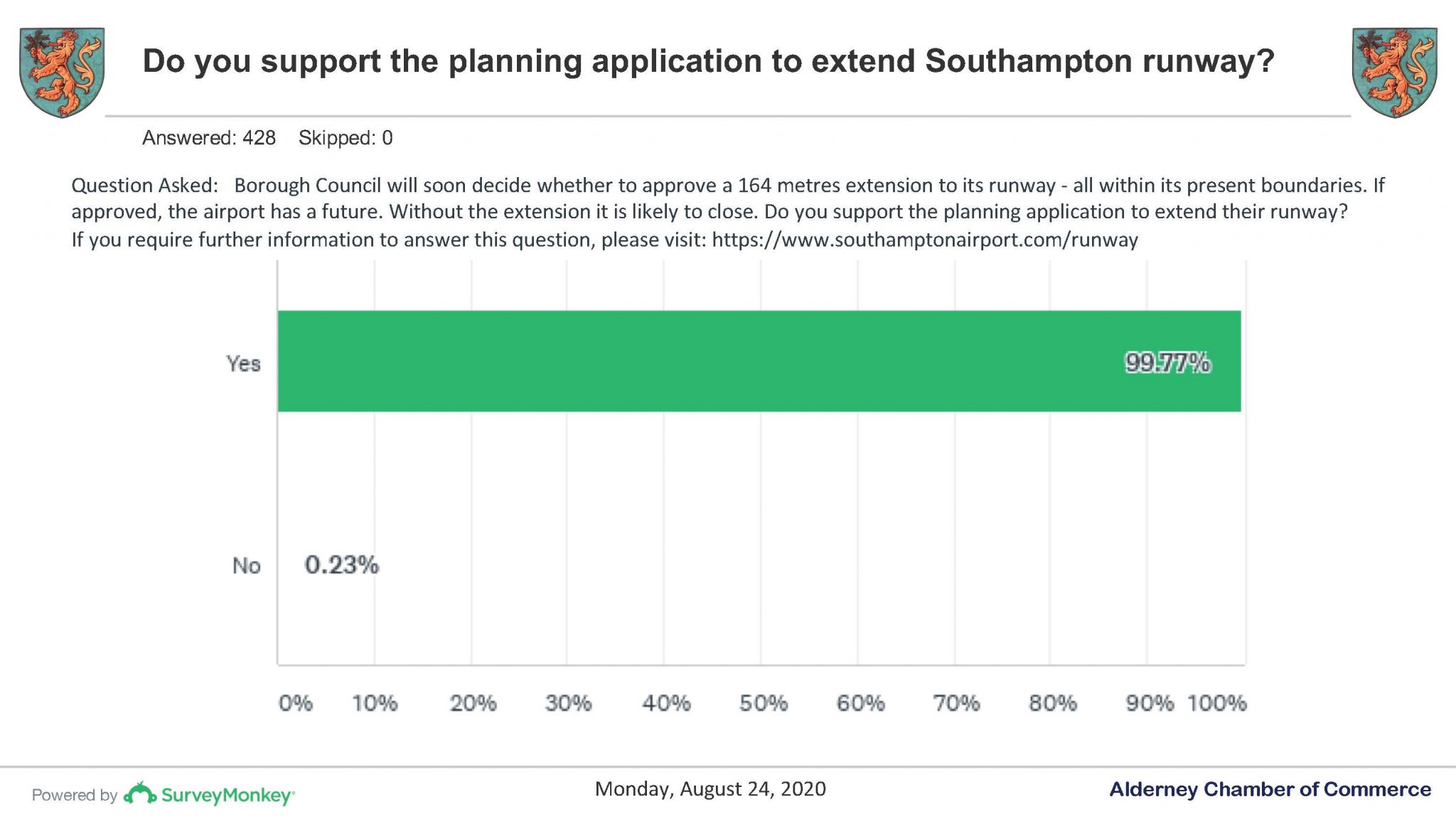 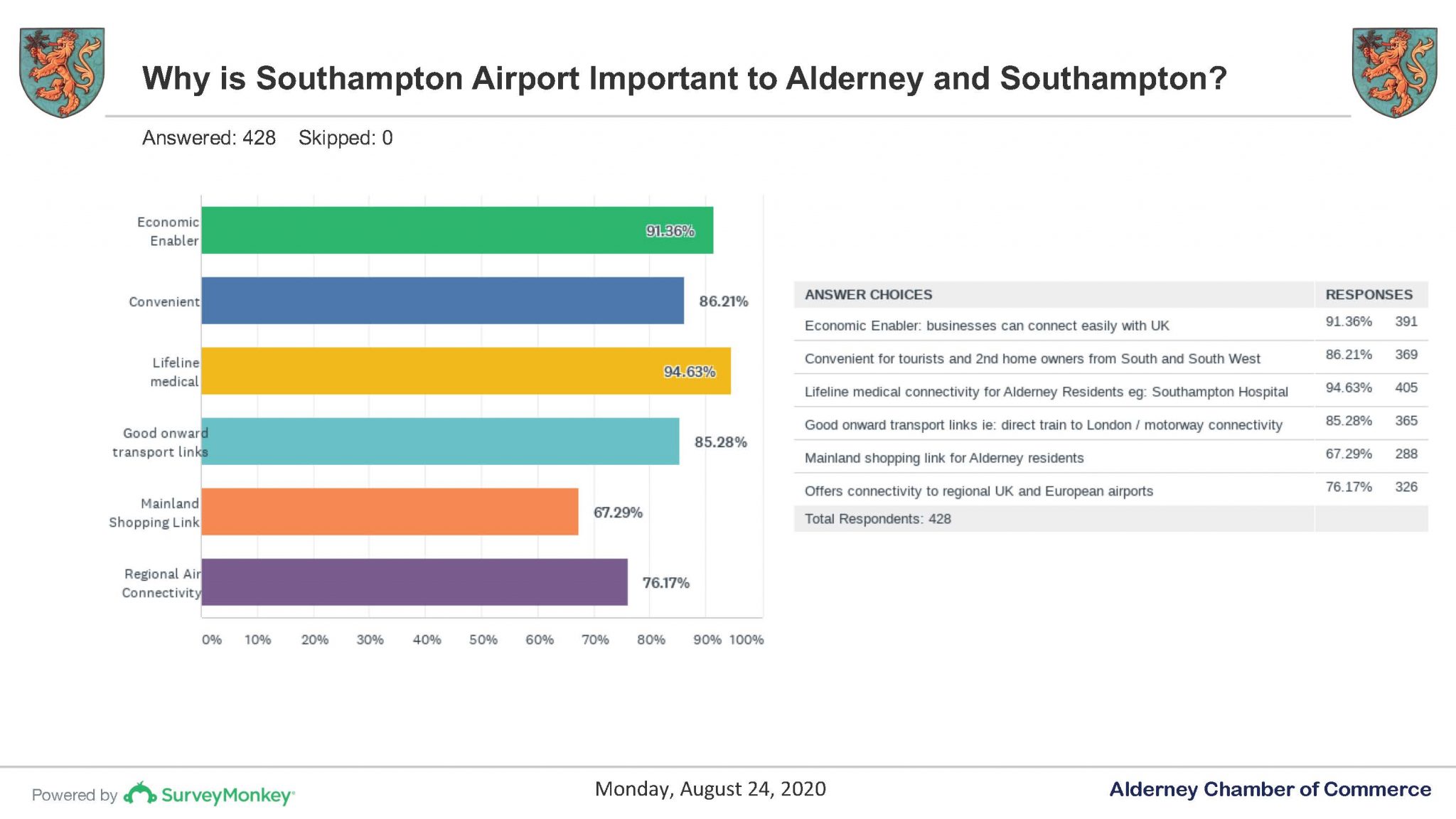 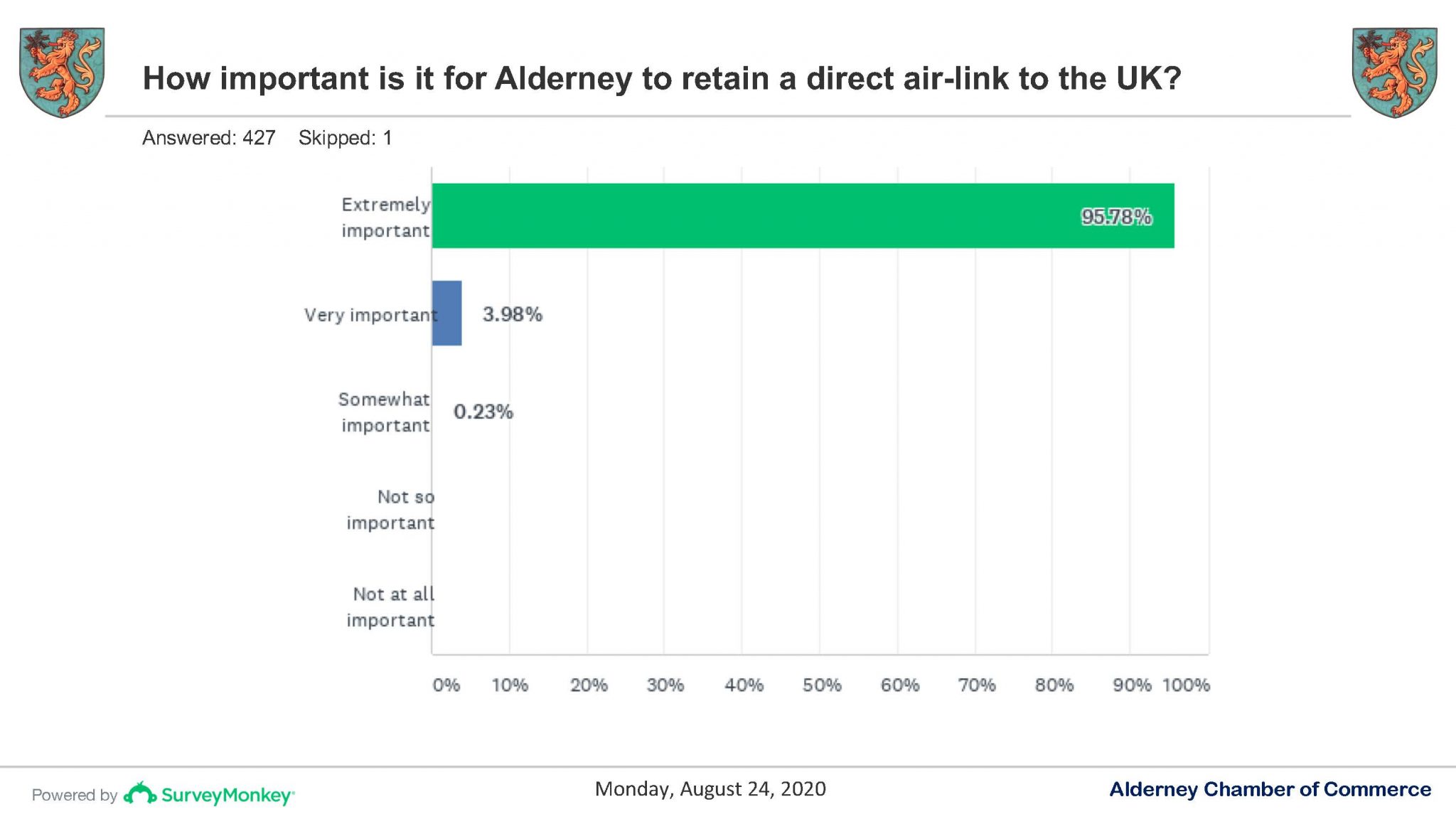 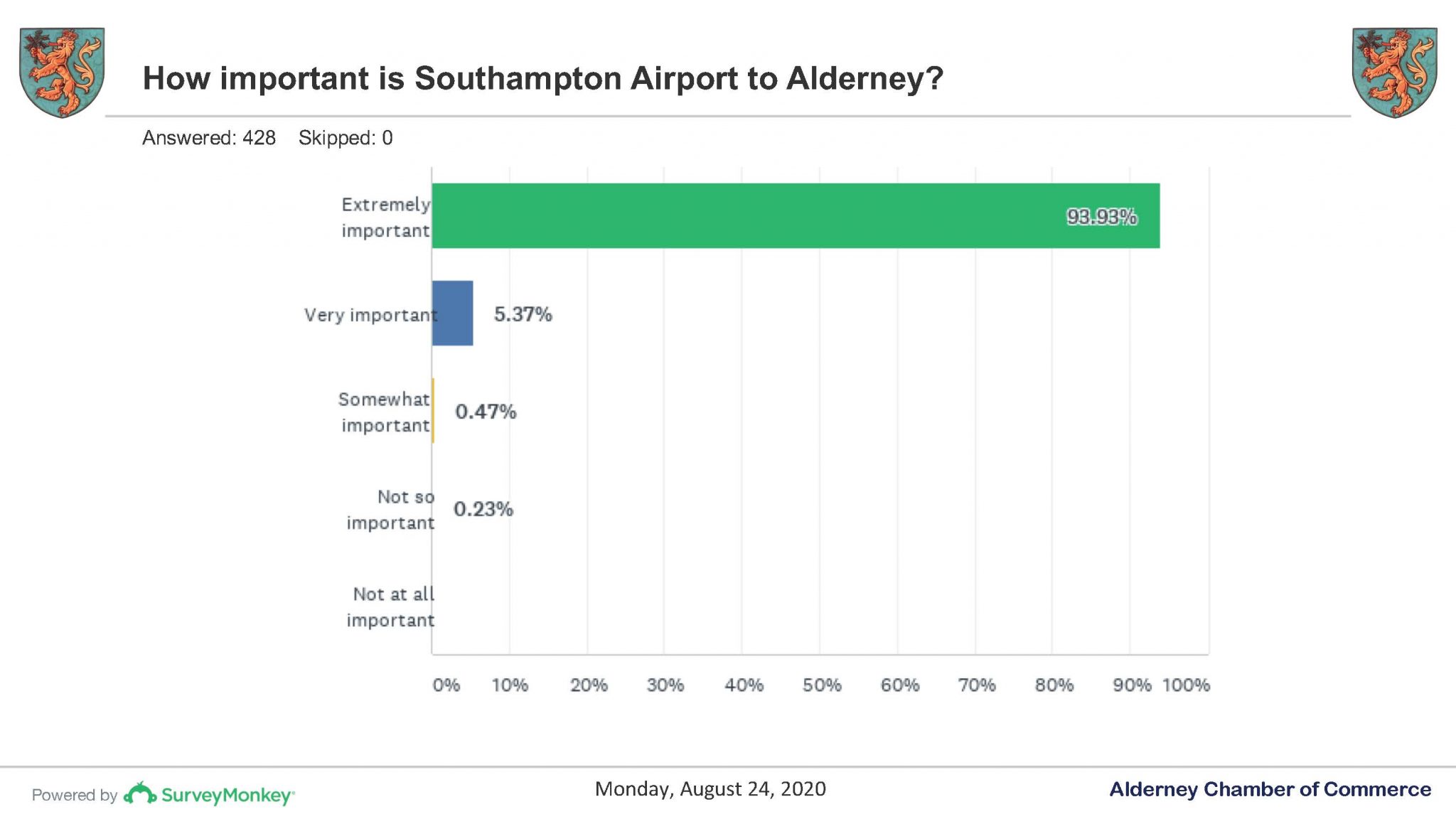 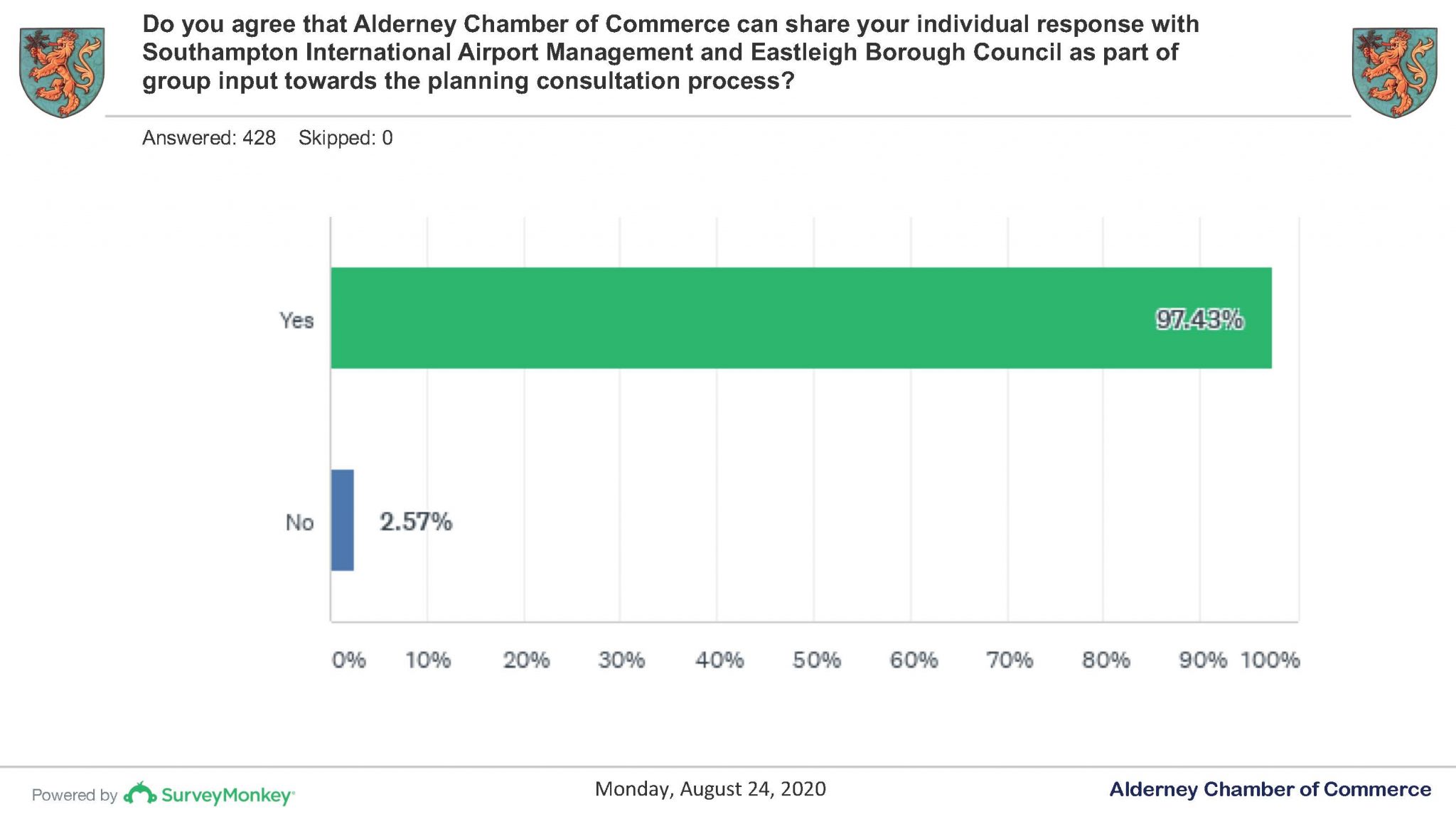