An impressive cross-section of island businesses attended Wednesday’s annual meeting of the Chamber of Commerce at the Georgian House.

Andrew Eggleston was voted back in by ballot for the 17th consecutive year as President.   He was joined in Council by Nigel Lawrence, Ilona Soane-Sands, Brendan Noone, Holly Chandler and Ian Corder. 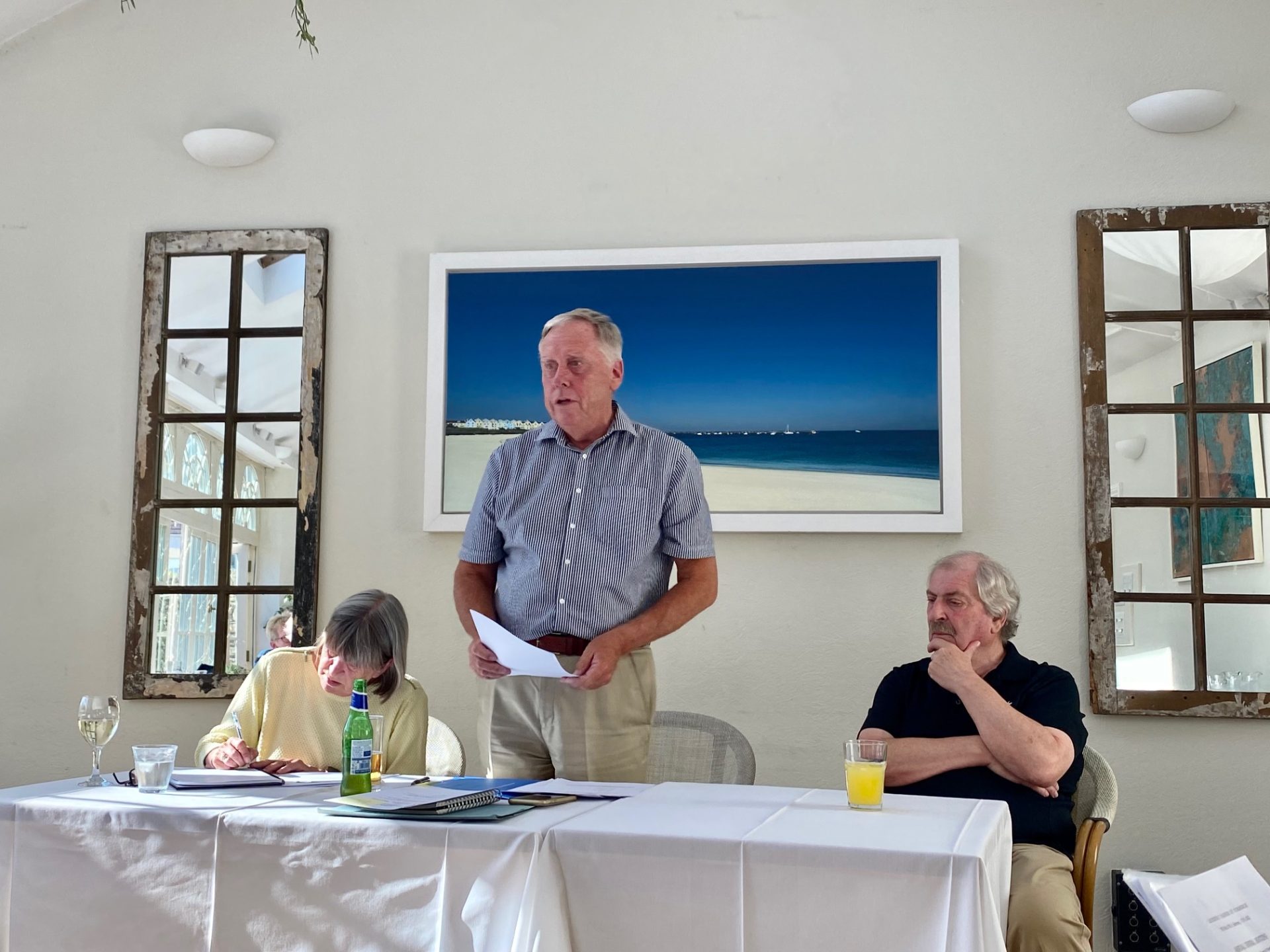 The evening heard about today’s Council Teams meeting with Aurigny CEO confirming there would be extra flights this summer by using both Dorniers to their potential.   We discussed the closure of Lloyds Bank and were pleased to learn that HSBC was prepared for support, help and advice.

The logic for lengthening the runway was expressed by the President primarily because no one knows where aviation will be in 20 or 30 years time and it was so important that Alderney was not left behind.   Staying as we are (877 metres) negates the possibility of Alderney having a proper medivac service and  staying as we are will, in all probability, result in Alderney losing its direct route into the UK.

The meeting heard that the relationship with our States, and Guernsey’s Policy & Resources Committee, was ever more positive and workable.

The new Council is looking to be forward thinking and will be setting up more internal groups inviting Chamber members to join.

Chamber is an open body that simply asks for members to put themselves forward for both Council and our internal groups.   It is not a closed body.