Following on from the response we received concerning the possibility of the introduction of GST to help fill the £85m deficit, please see the synopsis of thought and comment from members  below – a resounding NO to GST!

One of the more surprising outcomes from our survey was the silence from the hospitality sector.

May we remind that tomorrow (Wednesday) at 7.00pm is the public meeting on this subject.
We urge as many Chamber members as possible to attend.

We look forward to seeing you on Wednesday.

SUMMARY OF OUR GST SURVEY

The introduction of a General Services Tax would be catastrophic for Alderney.  This resounding statement has come as a result of a question to all members of the Alderney Chamber of Commerce who were asked for comment about the £85m deficit.

To start with, a basic question.  Are Alderney and Guernsey on an equal footing?
We may be within the same Bailiwick but our economies and life are vey different.
Our cost of living is higher and the average wage is lower.  We should take those two facts as our foundation from which to aim forward.   An all-encompassing GST would be disproportionate. GST would create a negative effect to those on a lower earning scale and fixed incomes. It is a regressive tax.

The setting up of GST will mean another Civil Service department to administer it. We have been advised from Guernsey that the first 3% of GST would go solely to its administration. It would put an added burden on businesses with more emphasis on the smaller business. It is an expensive tax to collect and monitor.  Imports would increase resulting in possible reduced buying on island. The burden of GST would fall disproportionally on those on lower incomes upon whom the island relies and without whom the islands cannot function.
Once introduced, wrote one member, it is impossible to see it ever reducing or disappearing.

Chamber has noticed that not only are many Guernsey Deputies against the introduction of GST in line with the Guernsey Chamber of Commerce but that the recently formed Guernsey Tourism Partnership that represents Guernsey businesses who rely on tourism were 90% unsupportive of GST.   We are certainly not alone on our thoughts.

Our members concur that there are many other avenues to consider.
Abolish or adjust Zero-10.  If it is not working as initially hoped, the Channel Islands and the Isle of Man should meet as one to discuss and amend their initial decision. Adjust Zero 10 to become 10/10 where all companies pay 10% on profits.
Look seriously at Corporation Tax.

It was interesting to note a common
theme that Alderney’s Tax Cap is too low – consider a sliding scale from a new raised starting point. ‘Remove or dramatically increase the Tax Cap’ as one member pronounced.

There was positive comment for raising the basic rate of income tax from 20% to 22% or 23% and for raising the lower level exemption and slide scale to those in the higher income levels.   Tax should be proportional as to what can be earned wrote one member.   Better housekeeping and internal efficiency within our governments was another familiar theme.

Housing was a topic of concern.   There was a call for second home owners to pay additional tax via the rates system – not for those who rent their homes out and therefore help contribute to the economy, but for those whose homes are left empty for the majority of the year.
Bring in a Capital Gains Tax on the profits from the sale of second residences within the Bailiwick.

One interesting spend cut was the concept of removing Policy & Resources Committee’s  more recent ability to spend money without States of Guernsey approval.

A further comment was for the reintroduction of the vehicle road tax that could be run online to save administration – and to increase this road tax for larger more powerful vehicles that are becoming more common on our roads.  ends 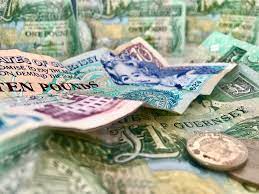