OUR CHAMBERS MEET
A highly successful meeting of Alderney and Guernsey Chambers on Wednesday 19 October will now lead to greater interaction and the combining of concepts that have a direct effect on both islands.
Guernsey’s President, Diane de Garis, represented Guernsey Chamber in the presence of a packed Orangery at The Georgian.
Proportionally we have the same worrying issues – transport and housing. We discussed the prolonged period of time it took to set up business bank accounts along with the positive thought of coming under a united Bailiwick banner in certain areas that would result in greater efficiency such as combining company registrations that are currently separate in both islands.
Alderney President Andrew Eggleston thanked Diane for spending the day on the island for the one specific purpose of creating a closer working relationship between both Chambers.
“Diane explained the workings of the Guernsey Chamber including its industry groups while also listening to external groups. Like ourselves, they have a positive relationship with the Guernsey States including lobbying on various topics.
A further similarity is that both Chambers represent about a quarter of our populations.” 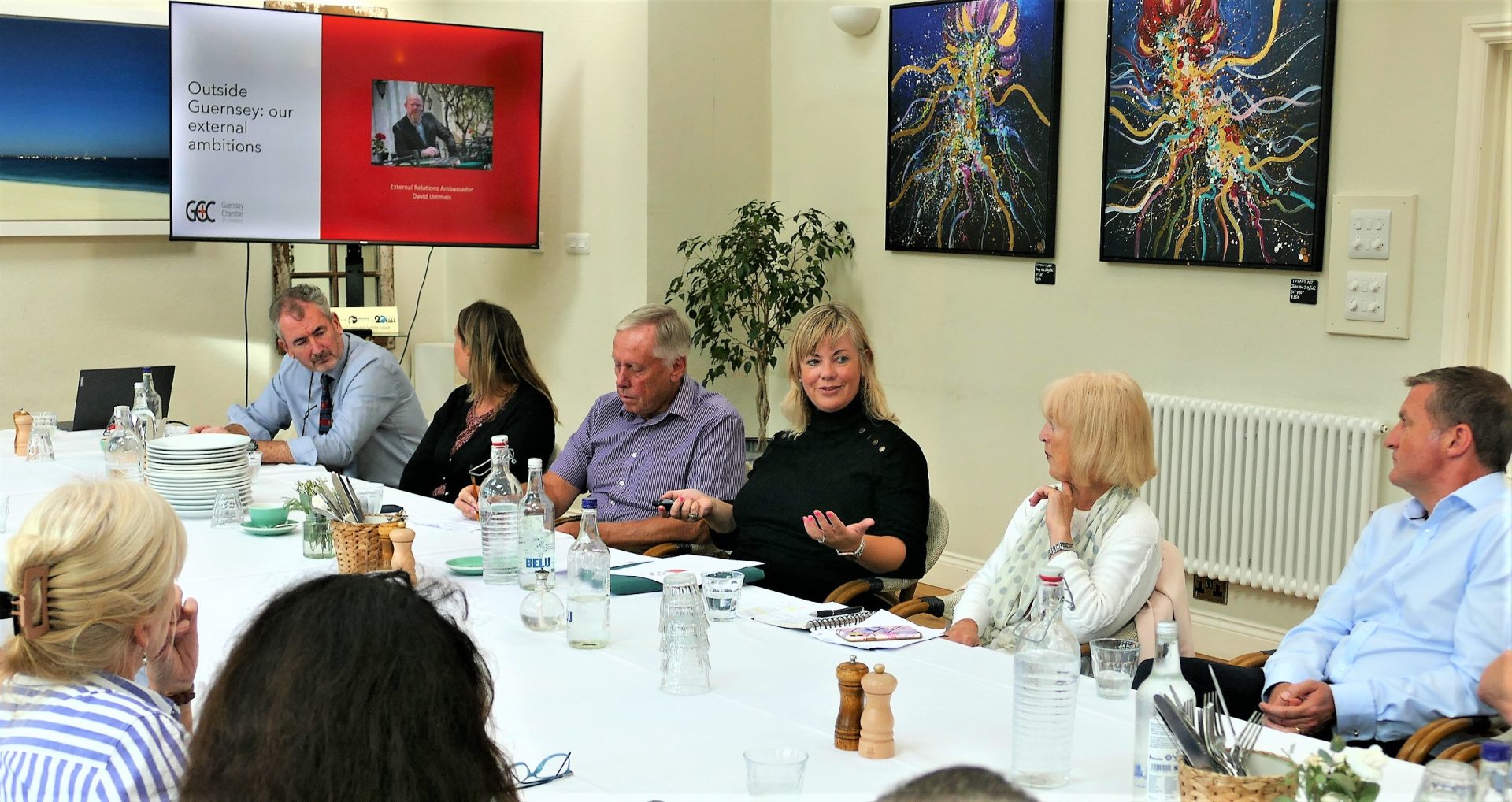