The case for Alderney Airport regeneration

Press release issued by the States of Alderney : 14th October 2022

A series of information sheets has been published online by the States of Alderney to answer questions about the importance of the Alderney Airport Rehabilitation Project. 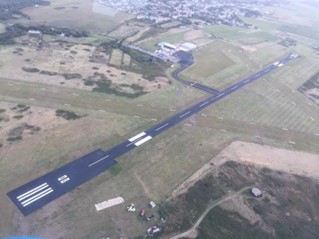 They can be accessed via the direct link: http://alderney.gov.gg/Runway-Rehabilitation

The States of Alderney believes the majority of Islanders would like to see a modern, up-to- date and fully functioning airport fit for the 21st century with larger aircraft providing more seats for visitors and Islanders alike as a significant benefit for Alderney’s economy.

However, residents and others will have many questions, some of which the States has endeavoured to answer in these information sheets. It is expected there will be further questions to be answered as the States of Deliberation debate nears.

Together with an introduction page, the six information sheets cover the following:

The information sheets are published ahead of a drop-in event on Monday (October 17th) at the Island Hall’s Anne French Room (11am-4.30pm), attended by Guernsey’s Chief Minister, Deputy Peter Ferbrache, and Deputy Peter Roffey, President of the States’ Trading Supervisory Board.